This tutorial has been created for users seeking aid with the elimination of the Trovi adware threat to take care of this problem through an easy-to-follow procedure. The post also encompasses a complete description of the Trovi Search infection as far as its spreading and activity on the contaminated PC are concerned. So read this carefully and get down to removal without further delay. 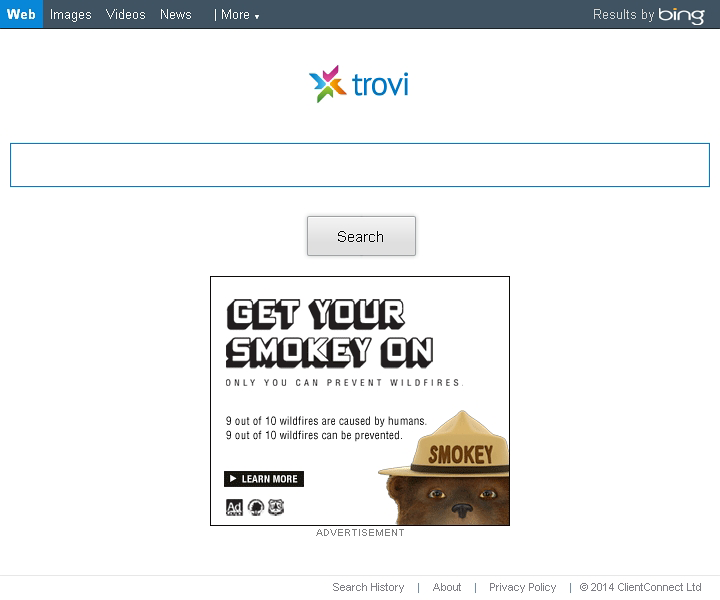 There’s no way a prudent computer user would ever deliberately install a browser helper object known as Trovi Search, and here is why. This adware intrusively annuls one’s prerogative in choosing which site to visit when a web browser is opened and which web search system to use. That’s a somewhat vague statement, so let’s break this down into details. As mentioned, Trovi is an adware program whose task is to hijack the homepage and possibly the search engine settings for all web browsers installed on a targeted computer (Internet Explorer, Chrome and Firefox). The outcome of this is clear: trovi.com will be visited way more often than it should.

Before we proceed, it makes sense taking a look at how the Trovi virus gets into PCs in the first place. Its payload was found to bundle with other applications such as third-party browser extensions, media players, toolbars or software updates. A thing to be aware of is that such downloads typically include no mention of Trovi as such therefore the install is not clearly authorized by the victim. Some of the apps involved in distributing this virus are Conduit Search Protect, Yontoo, BookmarkTube, and SearchNewTab.

Critical components of this adware’s principal landing page – trovi.com – are the advertisements embodied as banners and sponsored links. The ads generate income to the fraudulent authors of this threat, so these guys are obviously interested in driving increasing amounts of traffic in such an unethical way. Terminating their plans is a matter of undelayed removal of Trovi from the PC, the respective procedure being described in detail here.